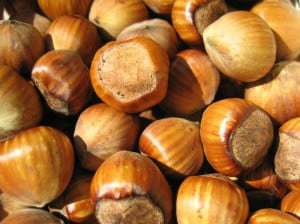 It’s that time of year when grading is on an academic’s mind. With first-year assignments still fresh in my head, I recently found myself frustrated by Sir Hans Sloane’s “Account of Symptoms arising from eating the Seeds of Henbane” (Philosophical Transactions, volume 38, 1733-4).

Letters by Sir Hans rarely feature on this blog—and that’s for a good reason: there aren’t very many by him in his correspondence collection. But he did, occasionally, send in reports to the Royal Society… some of which were better than others. I love reading the early eighteenth-century Philosophical Transactions; many of the authors knew how to tell a cracking story, with a clear narrative arc of event, evidence and interpretation.

Not so much this offering from Sloane. Sloane’s account began in 1729 when “a Person came to consult me on an Accident, that befell four of his Children, aged from four Years and a half, to thirteen Years and a half”. The children decided to have a foraged snack from the fields by St. Pancras Church, thinking that the seeds they’d found were tasty filberts. But foraging can be a risky business and the children took ill. Their symptoms included great thirst, dizziness, blurred vision, delirium and sleepiness. For Sloane, the symptoms suggested henbane poisoning; Sloane’s initial diagnosis was reinforced after examining the seeds that the father had brought in to show him. Sloane prescribed bleeding, blistering at multiple points, and purging at both ends: “And by this Method they perfectly recovered.”

This could have made for a solid medical case study: who better to bring together clinical observation with botanical detective work? But for Sloane, the real story was the seeds rather than his diagnostic prowess. I withheld judgement. At this point, I was curious to see where Sloane, the narrator, would take his readers.

Sloane went on to describe how the symptoms of delirium can offered important clues. Henbane delirium was very different from regular fevered delirium, but had much in common to the delirium caused by datura (“a species of stramonium”) and bang of East-India (“a sort of hemp”–indeed). Unfortunately for the reader, he did not describe any of these forms of delirium.

He then noted that the delirium from all three herbs was different from that “caused by the rubbing with a certain Ointment made use of by Witches (according to Lacuna, in his Version and Comments upon Dioscorides)”. The witches’ ointment instead would “throw the Persons into deep Sleep, and make them dream so strongly of being carried in the Air to distant Places, and there meeting with others of their diabolical Fraternity; that when they awake they actually believe, and have confess’d, that they have performed such extravagent Actions.”

I see. From faux-filberts to witches’ ointment in four easy steps…

A sculpture of a man with toothache. Wood engraving after Mr. Anderson. Credit: Wellcome Library, London.

Henbane wasn’t all bad, though. Sloane recounted, for example, that several years before, a “Person of Quality tormented with this racking Pain [of tooth-ache]” was treated by an empiric who used henbane. The sufferer was desperate—“his Anguish obliging him to submit to any Method of procuring Ease”—and he allowed the empiric to funnel smoke into the tooth’s hollow before (allegedly) removing tooth-worms. If this case sounds familiar to regular readers, it should be. Sloane procured one of the maggots from the sufferer, then sent it to Leeuwenhoek who examined it in detail and found it to be an ordinary cheese worm rather than a so-called tooth-worm.

Although Sloane knew that the wormy tale was fake, he pointed out that “upon the whole”, the henbane would have offered pain relief. And in any case, presumably, a good tale about tooth-worms bears repeating. Sloane also took the chance in his conclusion to make a dig at empirics who, through “slight of Hand” acquired a reputation for their remedies’ success, “which from the Prescription of an honest Physician would be taken little Notice of.”

There is much of interest in this paper: your medical cases on henbane and tooth-worms are intriguing and your ability to identify both seeds and poisoning is impressive. I also appreciate the historical perspective that you bring to this study with your discussion of witch ointments.

However, there are a few ways in which this essay could be strengthened. The essay lacks analysis as you move quickly between subjects–a recent case, types of delirium caused by different seeds, and an old case. These are all fascinating issues in their own right, but you lapse into storytelling with each instance without ever going into detail about their significance. For example, in the middle section, you aim to connect different seeds to different types of delirium, but you never provide any discussion about the specifics (apart from the witches’ delirium): how did the childrens’ delirium present? What does delirium caused by bhang or datura look like? In what ways are each of these similar or different? This would help the reader to understand your thought process in diagnosing the patients and in identifying poisons.

It is also worth more carefully considering the title you’ve chosen: “An Account of Symptoms arising from eating the Seeds of Henbane”. A good title should reflect the content of the essay. However, only the first section of your paper considers symptoms actually caused by eating henbane seeds. The second section is potentially related, but needed to be more closely linked to make the connection clear; this would have been done to good effect by comparing the specifics of each drug and their symptoms to the case of henbane poisoning you introduced. The third section is only tangentially related—although you discuss a medical case and henbane is involved, you consider henbane’s therapeutic qualities rather than symptoms arising from its use. You could usefully have omitted the case in its current state, particularly since the section focuses on making value judgements about empirics and examining tooth-worms. That said, if you really do think it necessary to keep the section, you needed to consider henbane’s effects in more detail. Even more crucially, you might consider changing the title: “An Account of the Effects of Henbane” would have neatly pulled the three strands together in a more coherent fashion.

This essay has the potential to be a wonderful example of your diagnostic and botanical mastery, especially if you took more time to consider the narrative arc. Rather than scattering your energies by telling several stories (henbane, witches or tooth-worms), focus instead on one strand. Don’t be afraid to toot your own horn by showing off what you know and how you know it, instead of just sharing a collection of interesting tidbits.

So what grade should we give it…?